Should we look for a definition of the word car in a dictionary we would find something like this “a four-wheeled road vehicle that is powered by an engine and is able to carry a small number of people”. A definition that describes just a machine, used by individuals to get from one point to another. However, why, if that’s just the objective of owning a car, are there so many options in the market? Why do people spend a considerable amount of time analyzing the vehicle they would obtain? It is, for sure, not just a matter of the money we invest in these means of transport, but people also consider many other aspects to find a car that best fits their needs. There is a trend in South Africa of getting cars like SUVs (see here) or hatchbacks, which are a reflection of citizen’s lifestyles.

It might surprise you to know that SUVs predecessors are military cars, these vehicles had a completely different function before they became well-known in cities. Nowadays people choose to purchase them because they are convenient and because of their practicality. These automobiles have become a great choice for families, they are extremely useful for big ones since they can transport five to nine people. Similarly, hatchbacks have been traditionally chosen because they are comfortable and because of their capacity. Among other benefits are a maintenance cost which is low, large boot space, and also controls which are basic, making an easy car to drive.

In the country, consumer trends differ from province to province, the amount of years owners hold on to their cars shifts between three to six years before acquiring a new one.  Another variable to take into account is the consumer’s age. Owning a car provides the sense of freedom that young drivers are looking for, their vehicles allow them to get around to new places and in a safe way. Both new or second hand vehicles are being purchased, although the numbers are higher for previously owned cars, in which case the amount of time the car is held is closer to three years.

The purchases can be made offline, through a car sales agency, however online sales have seen an increase in the past years. This surge has been seen in order to buy a car and other services, too, virtually everything can be found and acquired online nowadays. For instance, after obtaining a car, individuals have to look for the best car insurance policies, and these are now easily found through websites, like QuotesAdvisor, which compare all the options available in the market.

Finally, surprisingly, without taking into account the type of car chosen, a new concept has been taking hold: “COVID cars”, writes TheAtlantic. American staff writer Robinson Meyer argues that, nowadays, people tend to acquire cars because they feel safer than public transportation. In addition, going to remote places where no crowds can be found has also become popular because of the pandemic. Although some drawbacks are mentioned including disadvantages related to environmental issues, for now, this is yet another reason why getting hold of a car has become trendy.

All in all, it can be stated that the overall number of car sales has increased worldwide. Being more specific and taking into account the reasons why individuals may buy a car in South Africa, practicality and convenience arise, which leads us to the high percentage of SUVs and hatchbacks acquired in the territory. People’s lifestyles and ideas about how a vehicle they own make them look in society are the driving motives for their purchases. 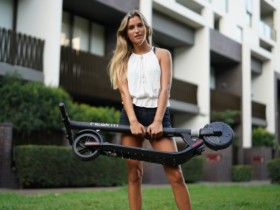 4 Reasons Why Electric Scooters are so Popular These Days

These Five Tips Will Help You to Avoid Car Accidents 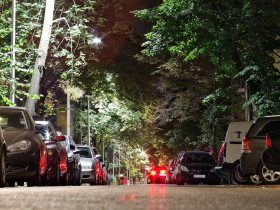 Car Theft Only Represent the 15% of Costs for Insurance Companies