It’s common knowledge that a dog’s nose knows; their sense of smell is extraordinarily more potent than ours. This is why dogs are used to sniff out all sorts of things, including drugs, explosives, cash, kidnapped children, and even hypoglycemia in diabetics. Now, we can add COVID to this list.

Since March, a research team from the National Veterinary School of Alfort (located in France) has been training canines to sniff out Corona. Specifically, the dogs are trained to recognize COVID-19 through sweat samples of infected people, according to pawzworld.com. In practice, the dogs could pick the positive samples from the negative ones with a perfect rate of 100%. What’s more, the dogs were able to identify people who had the virus but presented as asymptomatic.

This is highly important, since it’s believed that the asymptomatic population (unaware that they’re infected and thus not taking extreme caution) are potentially mega-centers of transmission. In fairness, as more is learned about this novel virus, there’s been plenty of waffling as to how common asymptomatic transmission is. Yet knowing that someone is infected, whether or not they’re showing symptoms, is always a plus as it allows the infected to take action to reduce any theoretical or actual transmission to others.

All Snouts in the Middle: A Global Movement

While France got this smelling party started, dogs are being used across the globe in this manner. There are reports that dogs are successfully sniffing out COVID in Chile, Brazil, Belgium, Argentina, and the United Arab Emirates.

In fact, UAE is using dogs inside airports, stationing them in an effort to control the spread of the virus. It’s rumored that this will take place in Australia soon as well.

Because airplanes are vectors of spread – it’s impossible to social distance in the close quarters and you can’t exactly crack a window – sniffing out the infected before they board a plane is essential to reigning in the virus. Even identifying people as they get off a plane is helpful in terms of quarantining ASAP and starting the process of contact tracing.

The Odor of COVID

While it’s obvious that people with COVID give off some odor that canines can identify, science is unsure exactly what that entails. Sweat samples emit volatile organic compounds that are complicated and complex, leading researchers to suspect that the dogs are smelling a profile as a whole rather than any one thing.

Interestingly, while sweat is what’s used for this test it, in itself, is not believed to be contagious. Simply, you’re not likely to get the virus by coming into contact with the sweaty gym towel of someone who has it (though gyms and health spas certainly spread it other ways).

Of course, dogs are not a source of the virus either. While there are a couple of reports of dogs testing positive, it’s believed this had to do with the virus being on the surface of their noses. Science strongly suggests that dogs can’t replicate the virus inside their bodies, which prevents them from playing host or passing it on.

Time will tell how effective dogs are at curbing COVID, but we know one thing already: They are man’s best friend, either way. 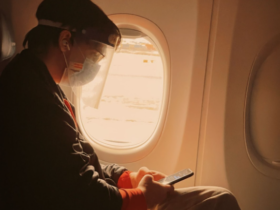 PCR Tests in the UK: How Are the Test Rules Changing Across the UK? 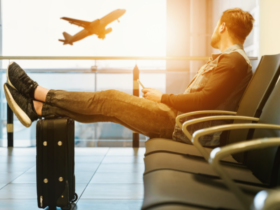 Where Can I Travel To Without Taking A Covid Test? 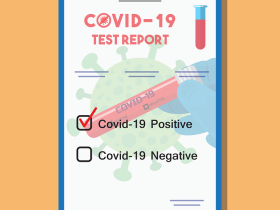