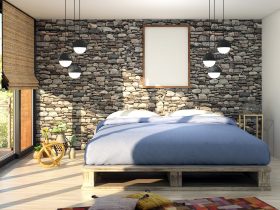 When Is the Best Time to Buy a Mattress?

With so many survival shows on the television, it’s not surprising that more people are interested in how to create fertile garden beds and grow their own food. Of course, you may simply be interested in being more self-sufficient.

The key to effectively growing anything is to have fertile soil. The good news is that any soil can be made to be fertile, you just need to know-how.

What Classifies As Fertile Soil?

For plants to grow they need air, water, sunlight, and nutrients. It’s the same for most living creatures. While you can water soil and plants will automatically have access to the air, you need to ensure that there is enough nutrient in the soil, or the plants will not grow.

Some soils have plenty of organic materials in them, this makes them fertile. Others don’t and need organic material added to improve fertility. This is particularly true if you have heavy clay soil, it has a low organic content. That means it’s not good for growing in.

In fact, just to dig in this type of soil you should invest in rock augers, says Tebco. These simple devices operate in a similar way to drills and allow you to create holes in heavy clay soils as well as rock.

Rock augers can be useful when planting. But, they can also help if you are dealing with soil that has poor fertility.

The idea is to drill lots of holes in the soil, approximately 6 inches deep. You can then fill these with organic material, such as composted leaves. If it’s winter simply leave the leaves to rot into the soil before turning it over. However, if it’s spring you’ll need to turn the soil over yourself to help blend the fertile organic material with the clay.

Another excellent way of creating fertile soil is to create raised beds. In effect, these are simply pieces of wood connected to each other and lifting the soil level by 4-6 inches. To improve the fertility of the soil you should drill holes into the soil and add organic material. You can then cover the original soil with organic soil or compost. It’s best to mix this with the soil below it to increase the fertility of the original soil. In addition, mixing will improve drainage and loosen the soil, making it easier to dig in.

You have a choice when adding organic material to the soil. It’s possible to mix it with the soil or to lay it on top as a raised bed. But, you can also create a completely raised bed. That’s one that is elevated to waist height and isn’t in contact with the ground. You’ll need to be more attentive to this soil to ensure nutrient and water levels remain consistent. However, you’ll have complete control over the soil, helping to ensure it is always fertile. An added advantage of raised beds is the lack of pests, which could be an important consideration.

How to Improve the Value of Your Home on a Budget

How Does Pest Control Service Help In Eliminating Bed Bugs 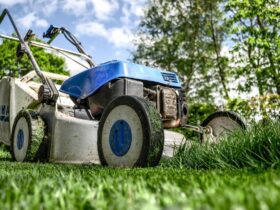 How to Make the Most of Your Outdoor Space