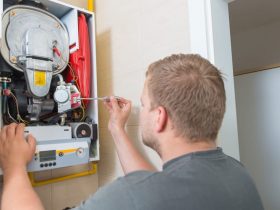 To generate electricity, a lot of global industries utilize steam thermal energy for power generation. Multiple countries have used coal as the main fuel for thermal-based power generation for years. Many still use them currently. In fact, research shows that steam turbine services contribute to 88% of the total energy output in the United States.

The main reasons behind the popularity of steam turbine engines are the low-cost emissions and high-efficiency output. Steam contains a high amount of energy; approximately, it takes 2257 kilojoules of energy to heat 1kg of water into 1kg of steam at 100°C. Statistically, the CAGR of the steam turbine market is expected at 1.18% between 2020-2027; the high power contribution is a major reason why these power plants are still prevalent.

In this article, you would get an overall view of the working of steam turbine engines for power generation.

What are steam turbines?

A steam turbine works as a combination of water turbine and wind turbine in energy output. Essentially, the high-temperature gaseous steam powers the turbine engine.

Overall, the high-pressure steam runs the electricity generators at top speed and is comparatively quicker than the other two variants.

Steam turbine engines are made up of specific parts. However, in different power plants, the arrangement of the parts can have variation. The specific components include:

The impulse turbine design is mainly useful for energy extraction from highly pressurized steam. Here, the rotating blades have a bucket-like design. Essentially, the high-speed steam jets force into the buckets via carefully devised nozzles. This forces the blades to spin in a steady stream of impulses. Thereafter, the incoming steam bounces off to another side with less pressure but similar speed.

As for the reaction turbines, an additional set of stationary blades are present in the turbine case interior. They move due to the steam force but direct it at the rotating blades to speed up the force. Later, the steam that goes out has less pressure and temperature but still retains the high speed.

The main component inside of the steam turbine is a rotor, which is a strong axle. Essentially, this transfers power from the turbine directly to the generators. The blades are specially designed to take up high amounts of energy from the turbine. Then, it spins the rotors and that converts the steam into rotational energy. Generally, both of these components are present inside of a robust allow steel outer casing that can withstand high temperature and pressure.

Steam turbines also include an inlet, which is a type of nozzle that channels the steam directly onto the rotating or stationary blades. Also, there are valves present in most steam turbines that give out excess amounts of steam. This is important to manage the fluctuations in output depending on electricity requirements.

Indeed, this is an effective control mechanism to moderate the speed of steam input and output for optimal power generation.

How do Steam turbines work for energy production?

During this conversion, the steam that comes out of the burned fuel and water combination moves through the rotating and/or stationary blades inside the engine. Typically, the force of the steam spins the blades which cause the steam to expand and then cool down.

The energy produced from the blade rotation converts into kinetic energy. As a result, the energy from the blades powers the generators, and electricity is produced. Specifically, a magnetic field is present in the axle which converts the steam-based energy into electric current.

How do the blades in the turbine work?

In steam turbines, the blades are an integral part of the turbine engine. Thus, having a clear understanding of how they work is important to properly grasp steam turbine operation.

Essentially, the design of the blade is very important to determine the energy output it would contribute to. Indeed, the size and shape of the blades are responsible for the pressure, direction, and speed levels of the passing steam.

Typically, in a large-scale steam turbine, you would notice multiple sets of blades at the rotors. The number of blades is over a dozen in most cases. Overall, every set of rotating or stationary blades extracts the energy from the passing steam. Nevertheless, it also helps maintain the pressure of the steam at a usable level.

Due to the presence of many sets of blades, the pressure of the steam lowers in small amounts at every stage of the process. Therefore, the overall force is low as well which ensures fewer chances of component damage.

Overall, steam turbines create a rotary motion for power generation. This is most suitable for electrical generators which run on rotational energy to kinetic energy approach. 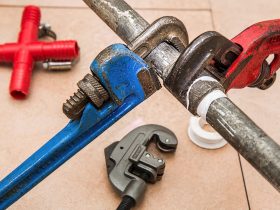 Maximizing Productivity with Your Toolbox

Complete Guide On How To Choose A Good Scaffolding Contractor 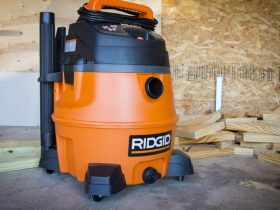 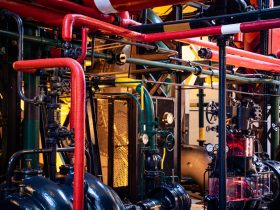