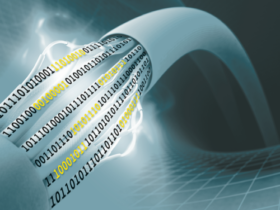 It is clear that the television is one of the objects that bring the family together at home, although it can also be a matter of debate when deciding which program to watch. Having a television for the bedroom can give you the privacy and comfort you are looking for, without disturbing others and without having to debate on programs to watch. The question now is figuring out which television size is best for your bedroom.

To have a television in the bedroom, the first thing you have to do is look at the size of the room. If you place a very large television in a small room, it will crowd the space and you will not see the images well. With bedrooms, the ideal situation is to have a television between 22 and 32 inches for small or conventional spaces. If the bedroom is large, you can place a TV from 36 to 46 inches.

It may be a better decision that you have a Smart TV in your bedroom, which will allow you to connect to a Wi-Fi network, so you can access the content and pages that you usually visit on the Internet. The LG 29MT31S TV has this option. It is 29 inches, and it is a Smart TV. The image quality is HD Ready, that is, 1080 x 720 pixels, and it also has an HDMI input to connect the computer or other devices.

When you are thinking about getting ready to purchase a television for your bedroom, be mindful of the sizes you have seen in a hotel bedroom. The Nevir NVR-7508-22HD-B television is the one recommended. It has Hotel Mode. It is a 22-inch television model that has a Full HD resolution, higher than HD Ready, which translates into 1920 x 1080 pixels.

The hotel mode allows you to select the maximum volume the television can be used, the channel that appears by default, or if you want the hotel logo to appear when you turn it on. You can also enable or disable the external communications of the TV such as the USB or HDMI port.

If you are looking to have a television that turns your bedroom into one of those luxurious and comfortable bedrooms and you also have a lot of space, the Samsung UE40J5100 TV is suggested. It has Full HD resolution and Clean View technology, which optimizes the image. It has a video processing system that regulates brightness, color and contrast so that you can enjoy more realistic images, more than you could ever have imagined.

With Connect Share Movie you can watch videos, listen to music or view photos from a USB connected to the Samsung television. Take advantage of the ‘Picture In Picture’ feature, in which one television channel is shown in full screen while another is shown in a smaller window. This allows you to follow two programs that interest you at the same time.

If you are a lover of new technologies, discover the LG 43LF630V TV, which has a low consumption LED screen and greater durability. It reproduces Full HD images, has a large processor and 2 Virtual Surround front speakers, which achieve a more immersive sound system simulating the effect of several speakers. On the other hand, the LG 43LF630V television has SmartTV WebOS 2.0.

This Linux-based system is one way to control the television. In one click, it allows you to access the applications you like the most and your favorite channels. Try to get the most out of your LG TV using the Magic Control remote. In addition, it has 3 USB ports, 3 HDMI ports, USB recorder and 3 tuners.

With Black Friday and Cyber Monday being weeks away, you’ll find a wide selection of TV deals from Huge Cyber Monday Deals with many top brands besides LG such as Vizio, Samsung, Sony, TCL and more. 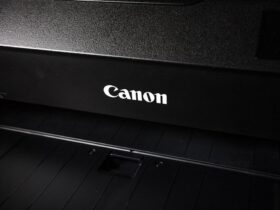 What is the Meaning of Offshore Hosting?